The Orthodox Nationalist: The Ritual Murder of the Russian Royal Family – TON 071917 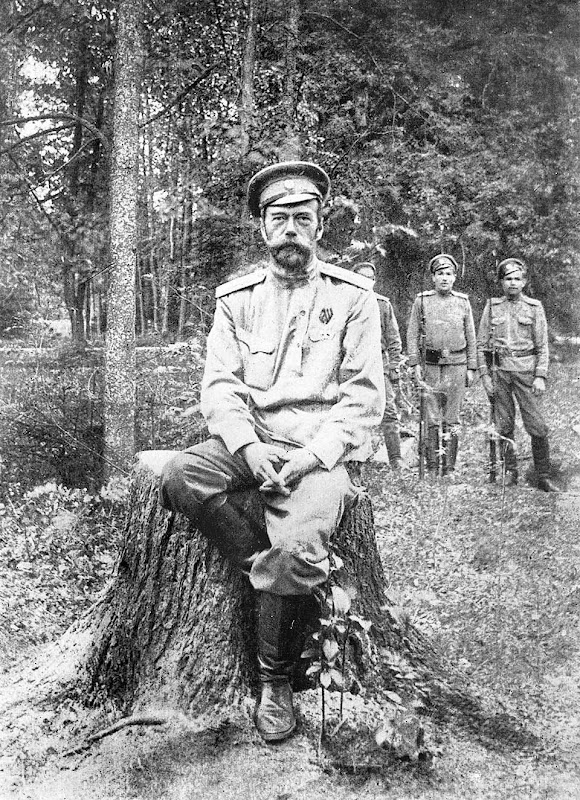 The Tsar’s depression and anxiety are palpable in the bags under his eyes. Dr Matthew Raphael Johnson looks at the political implications of the murder of the Romanovs.On July 17 1918, all legitimate political power was slaughtered in the basement of the "Ipatiev" house in the Ural mountains. Today marks the 99th anniversary of the crime.This was a Judaic ritual killing in all respects and was even crowed about in the Jewish press before and after the event. The scrawlings on the wall were a reference to "secret forces" commanding the Soviet in the Urals to take this action to destroy the Roman emperor, Nicholas II and his family.The commanding elite were Jacob Sverdlov, local boss Shaya Goloshchekin and the organizer of the event, Jacob Yurovsky, using some local thugs to carry the bodies out of the basement. The entire command structure were Jewish and the writings on the wall make reference to Daniel 5, "BelshaTSAR" and puts "the nations on notice." "Nations," of course, refer to the goyim.They didn't just shoot them, they butchered them, sexually violated them alive and dead and tore at the bodies hours after they had expired. Goy servant and thug Pavel Medvedev said that he could not stop vomiting due to what was being done to the bodies.Anastasia was saved for last, and her death was slow. They shot her only in the legs, then raped her, then used bayonets and fists to disfigure her beyond recognition.Roman authority was now gone. Attempts to resurrect it in nationalist states like Franco's Spain or the Iron Guard were the only real legitimate powers in the world. Of course, Orthodoxy alone can manifest this, yet even the Catholic and Protestant powers attempted to retain some of what was lost.Britain and France denied the tsar safe passage. Only the German Kaiser sought feverishly to save Nicholas and the family, even offering bribes. Local royalists came up with R250,000 additional for the life of the family.After the deed was done and the bodies dropped into the mine, the Reds computed all the assets of the family: land, jewelry, cash and bonds and it came to R14 million. At an exchange rate of roughly 50 cents per ruble, the assets of the family were roughly $7 million or less. Trotsky died with hundreds of millions in bank accounts in New York and Switzerland.About half the Orthodox hierarchy accepted the false "abdication" of the Emperor and happily blessed the Masonic White government of Kerensky. The passage in the "Sunday of Orthodoxy" anathemas concerning the anointed emperor was hastily removed and references to the Mason Kerensky inserted in to the divine services. Bishops like Pitirim and Makarios were purged as loyalists, and there were no shortage of opportunists to take their place. The Masonic state ordered the 1917-1918 Sobor, not a legitimate government, and stated clearly that the new regime was the "will of God." So many said the same of Stalin.We can't rush to judge. If we were facing long Gulag terms and threats to our family, we'd all probably do the same. However, only a handful of bishops were truly loyalists. St. Andrei of Ufa went over to the Old Believers in protest. He was part of that "new synod" and very rapidly realized what he had done. St. Tikhon too, realized the problematic situation he was in.Starting in March of 1917, roughly around the time of the Tsar's "abdication," the earth was subject to the greatest epidemic known to its history. About 5% of the globe's population were wiped out by Spanish flu. Just a few days after the murder of the family, a new, more virulent strain was detected. When the Civil War ended in 1921, the massive Diphtheria epidemic began. It was the announcement of the New World order taking shape.We can take solace in that Yurovsky was killed by a group of peasants for his role in the murder and soon, Sverdlov was killed by the Spanish Flu. There's always a silver lining.Presented by Matt Johnson