Email sent to all Ontario MPPs and Federal government of Canada leaders:


I have emailed you about Fatima and the prophecy of the Red Heifer many times. While we are living in very prophetic times, most of you are more preoccupied with the idiots who are developing vaccines for an ongoing HOAX - Covid IS NOT a virus, it is a device. The universal "silver cord" is breaking.
The bottom line: We are succumbing to the "Mystery of Inequity" -
“I know thy works, and tribulation, and poverty, (but thou art rich) and I know the blasphemy of them which say they are Jews, and are not, but are the synagogue of Satan.”–Revelation 2:9
Below is a link to the RSOE-EDIS Emergency and Disaster Information website:
I reference the website regularly. Never have I seen such volcanic, earthquake and near-Earth object activity as this website is reporting now. Virtually every "Super-volcano" has activity. The increased numbers of near-Earth objects (NEO) being reported is made more ominous by their close incoming proximity to our planet.
Please scroll down once the map of world appears on the website:
http://hisz.rsoe.hu/alertmap/index2.php
Thank you,Joseph Pede

MYSTERY OF INIQUITY: What or Who is the Mystery of Iniquity? 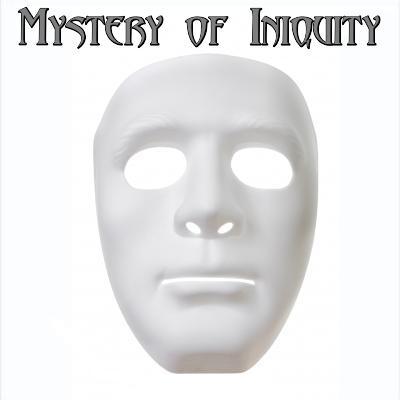 “For the mystery of iniquity doth already work”–2Thessalonians 2:7

THE MYSTERY OF INIQUITY

The question has been raised “Who or what is the mystery of iniquity?”
Since the “mystery of iniquity” is referred to quite often at ETPR, it was decided to try to explain the term as it relates to other scripture and the end times.
The “mystery of iniquity” was already at work almost 2000 years ago when the apostle Paul wrote his second epistle to the Thessalonians. Some newer Bible versions have changed the term to the “spirit of lawlessness.”
That is a slight, but important, change.
INIQUITY has a meaning which strongly suggests SIN (which is transgression against God): wickedness, gross immorality, sin.
LAWLESSNESS on the other hand paints a broader picture of possible behaviors; against God OR perhaps against man.
So Paul was writing about the “mystery of sin.”
What is this mystery of sin? What’s it all about?
The apostle gives a big clue in another of his epistles.
“For we wrestle not against flesh and blood, but against principalities, against powers, against the rulers of the darkness of this world, against spiritual wickedness in high places.”–Ephesians 6:12
The mystery of iniquity are those who work to bring mankind to the point of open rebellion against God and His Son, Jesus Christ which is detailed in the Book of Revelation.
Often passing their unbelief down through the generations–father to son, mother to daughter–they toil in darkness, often living a lie, to advance their ancient hope: the eradication of all traces of God Almighty and Jesus Christ and the ascent of Man and Man’s will.
“The kings of the earth set themselves, and the rulers take counsel together, against the LORD, and against his anointed [Jesus Christ], saying, Let us break their bands asunder, and cast away their cords from us.”–Psalm 2:2-3
The ascent of man is, ultimately, the ascent of Satan.
The workers of iniquity labor to bring about the return of the religion and society of the pre-flood world: when demonic power was on display everywhere; when the whole earth practiced sin and violence at all times; and when the rule of man was limited only by his wicked imagination.
“And GOD saw that the wickedness of man was great in the earth, and that every imagination of the thoughts of his heart was only evil continually. The earth also was corrupt before God, and the earth was filled with violence. And God looked upon the earth, and, behold, it was corrupt; for all flesh had corrupted his way upon the earth.”–Genesis 6:5, 11-12
This is the situation which caused God to send the flood.  But the mystery of iniquity sees this time period as some sort of Golden Age of Man.
“And it repented the LORD that he had made man on the earth, and it grieved him at his heart. And the LORD said, I will destroy man whom I have created from the face of the earth; both man, and beast, and the creeping thing, and the fowls of the air; for it repenteth me that I have made them.”–Genesis 6:6-7
EVERY civilization on earth has some institutional memory of the flood. Most are very similar in their telling.
YET, the mystery of iniquity presents this universal memory as “proof” the flood is a myth.
IF one doesn’t know where one’s been, it’s tough to know where one is going.

There have been those who have claimed that mere men could not engage in such a long-term, multi-century conspiracy.
And that would be right: the mystery of iniquity IS composed of men. But these men do the work laid out by “principalities, ..powers, the rulers of the darkness of this world and spiritual wickedness in high places.”
In other words: by demons and demonic power; by Satan.
The mystery of iniquity is the hierarchy of those who access demonic power; first, for their own ends, and then (more importantly), for the ends of those spirits which have enslaved these ignorant and deceived men.
Jesus was more specific about some of the humans in this hierarchy in Revelation 2:9 and 3:9.
“I know thy works, and tribulation, and poverty, (but thou art rich) and I know the blasphemy of them which say they are Jews, and are not, but are the synagogue of Satan.”–Revelation 2:9
“Behold, I will make them of the synagogue of Satan, which say they are Jews, and are not, but do lie; behold, I will make them to come and worship before thy feet, and to know that I have loved thee.”–Revelation 3:9
These demonic entities are given a variety of high-blown, benevolent names to mask what they really are, e.g., Ascended Masters.
Humans are offered various inducements to join in: trinkets, parlor tricks, deceptions; mostly earthly wealth, power, control, knowledge or pleasure–all which are fleeting, all which are temporary.
The men come and the men go, but the powers BEHIND the men are spiritual beings who continue on, generation after generation, using the men and women they first attract–and then enslave–to continuously further their plan, year after year, decade after decade, century after century.
Until we arrive at our present time.
A conspiracy of men alone could NEVER span all of those years: coordinating the many strands of wickedness necessary to move the masses of mankind to where they are today.
And where are they today?
Even the unsaved masses can sense there’s something not right.
Though dulled by propaganda, drugs and other distractions/deceptions, they know their situation and situation around them is continually deteriorating. The masses are moving toward the climax of human history, but they have been convinced there is no such thing.
Hence, they are uneasy but they can’t know WHY.
Though the leaders of the mystery of iniquity may have earthly wealth and power, they are deceived, blind, wretched, enslaved and miserable–while largely ignorant of their true condition.
“Because thou sayest, I am rich, and increased with goods, and have need of nothing; and knowest not that thou art wretched, and miserable, and poor, and blind, and naked:”–Revelation 3:17
There have been many millions of useless words written about worldwide conspiracies and who is responsible for them. There is quite a number of culprits fingered.
The Illuminati, Jews, international bankers, Hollywood moguls, various cabals, the secret societies, various groups of sorcerers and witches, the ascended masters, the intelligence agencies, the great white brotherhood, the Aryan masters, satanists, reptilians.
Some exist, some are largely bogeymen.
All are tools, pawns and lackeys of the mystery of iniquity.

Throughout history, God has repeatedly used evil men to further His purpose: evil men are mostly all He has to work with.
BUT, despite their evil plans, ALL of the mystery of iniquity work to fulfill what is written in God’s Word.
ALL work according to God’s purpose–despite the fact that they hate Him and believe themselves to be working against Him.
So as they hatch their schemes in darkness and plan their plans and congratulate themselves on their extreme cleverness, they ALL work to move forward the plans and purpose of the One they so hate.
Ironic.
Also ironic: it is within the power of each of the mystery of iniquity’s members to turn from their wickedness, call upon God and be saved.
IF they will but recognize their true condition before it is too late.
“Wherein in time past ye walked according to the course of this world, according to the prince of the power of the air, the spirit that now worketh in the children of disobedience:”
Among whom also we all had our conversation in times past in the lusts of our flesh, fulfilling the desires of the flesh and of the mind; and were by nature the children of wrath, even as others.
But God, who is rich in mercy, for his great love wherewith he loved us, Even when we were dead in sins, hath quickened us together with Christ, (by grace ye are saved;) And hath raised us up together, and made us sit together in heavenly places in Christ Jesus: That in the ages to come he might shew the exceeding riches of his grace in his kindness toward us through Christ Jesus.”–Ephesians 2:2-7
And now, hopefully, the reader will understand a bit better when the term “mystery of iniquity” is used.
Time is Running Out: Today is the Day of Salvation
THE GOSPEL
“Moreover, brethren, I declare unto you the gospel which I preached unto you, which also ye have received, and wherein ye stand; By which also ye are saved, if ye keep in memory what I preached unto you, unless ye have believed in vain. For I delivered unto you first of all that which I also received, how that Christ died for our sins according to the scriptures; And that he was buried, and that he rose again the third day according to the scriptures:
And that he was seen of Cephas, then of the twelve: After that, he was seen of above five hundred brethren at once; of whom the greater part remain unto this present, but some are fallen asleep. After that, he was seen of James; then of all the apostles. And last of all he was seen of me also, as of one born out of due time. ”–1 Corinthians 15:1-8
“For I am not ashamed of the gospel of Christ: for it is the power of God unto salvation to every one that believeth; to the Jew first, and also to the Greek.”-–Romans 1:16