In one of my favourite 1963 movies, entitled Jason and the Argonauts, we see Zeus look down from atop the heavens (through glass) as Jason attempts the crossing of the Symplegades. The Symplegades were two gigantic rocks, separated by a narrow strait, which constantly clashed against each other, seldom letting anything pass between them. This particular scene occurs at around the one hour mark of the movie. In this same segment you hear that Asclepius was lost, as he fell into the waters from the ship's mast. Asclepius was whom Hermes (Thoth) recited the fall of Mankind in The Corpus Hermeticum. It is Poseidon, Zeus' brother, who appears from beneath the waters to provide Jason and the remaining Argonauts safe passage. The ten minute segment of the movie which follows, communicates a truly remarkable message. One that is extremely relevant today.

Below is a passage from the Bible. Let us understand the Firmament from a Biblical perspective. 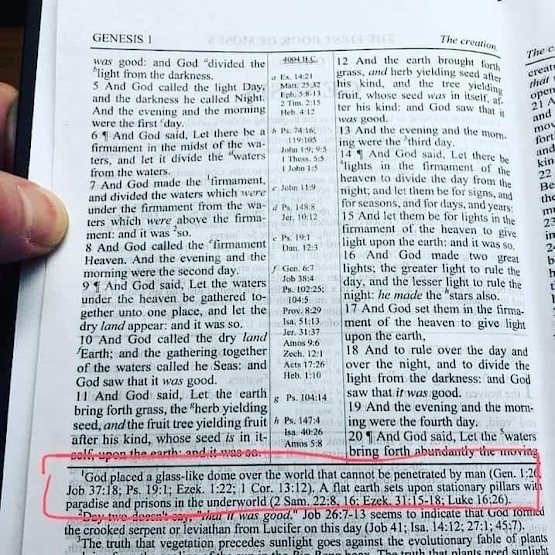 The sun, planets and angels and the firmament. Woodcut dated 1475.

In biblical cosmology, the firmament is the vast solid dome created by God on the second day to divide the primal sea (called tehom) into upper and lower portions so that the dry land could appear:

The Flammarion engraving (1888) depicts a man crawling under the edge of the sky, depicted as if it were a solid hemisphere, to look at the mysterious Empyrean beyond. The caption underneath the engraving (not shown here) translates to "A medieval missionary tells that he has found the point where heaven and Earth meet..."

The word firmament translates shamayim or rāqîa, a word used in Biblical Hebrew. shamayim is translated as "heaven". Rāqîa derives from the root raqqəʿ, meaning "to beat or spread out thinly", e.g., the process of making a dish by hammering thin a lump of metal.

The Hebrews believed the sky was a solid dome with the Sun, Moon, planets and stars embedded in it. According to The Jewish Encyclopedia:

The Hebrews regarded the earth as a plain or a hill figured like a hemisphere, swimming on water. Over this is arched the solid vault of heaven. To this vault are fastened the lights, the stars. So slight is this elevation that birds may rise to it and fly along its expanse.

In essence, the Firmament reveals what is commonly referred to as the inner Earth. Intelligence and military personnel have revealed a vast ocean complex, with varying forms of life and beings in the Inner Earth. You can do your won research. Several entrances to the inner Earth are off the coast of San Francisco.  The point is, God's Firmament creation is exactly what exists on this planet.

Just as life is divided so is good and evil.  The Buddhists and Hindus refer to an underground paradise as Shambala or Agartha.

In 2021 humans must come to understand what it means to be human. Your ability to think, to act freely (free will) and experience enigmatic emotions, such as love, are under attack.

Your body is not unlike the Firmament. It too consists of layers, i) the physical and ethereal, ii) good and evil, iii) life and death and iv) truth and lies.

The demons of the inner Earth are real. The Covid-hoax is their current weapon.