I thought it would be fitting to remind our legislators of ex-Prime Minister Harper's intent to construct a memorial to the victims of communism. This to my knowledge was to be built with public and private funds, and it was to be constructed on parliamentary grounds.
Stephen Harper was not commemorating the victims of communism but rather inaugurating Canadian democracy into the footprint of Zionism, which at its core is the ideology of Communism.
The memorial design eerily resembled a fish, as the monument was to symbolize the Old Testament monster known as Leviathan. In the Talmud Leviathan is called the favourite fish of God, while we, known as the Behemoth, are the symbolic enemies of Israel.
If you have yet to realize the calamity of our times then know that Israel and Zionism are behind its destruction. BDS is more important than you will ever know. A photo of the then proposed memorial is shown below. 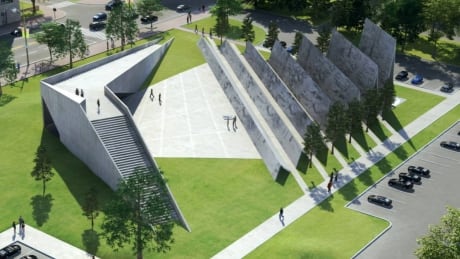