The man who made the 'discovery of the century' revealed: Piano playing Italian scientist who writes fantasy novels in his spare time first to spot gravitational waves


As a soft-spoken junior scientist who spends his spare time playing classical piano and writing fantasy novels, he is not the most likely candidate for being someone to make the 'discovery of the century'.
But Dr Marco Drago, an Italian postdoctoral researcher at the Max Planck, will go down in the history books as the first person to spot gravitational waves.
The ripples in the fabric of space and time, caused by the collision of two black holes, were first predicted 100 years ago by one of the greatest minds of the twentieth century – Albert Einstein.
Scroll down for video and to hear the sound of two black holes colliding 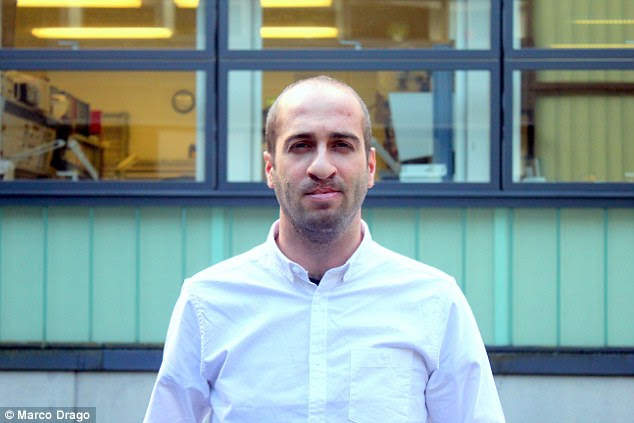 Copy link to paste in your message
+9
Dr Marco Drago (pictured) was the first person to spot the signal in data coming from detectors that form part of the Laser Interferometre Gravitational-Wave Observatory. More than 1,000 researchers from around the world work on the project. Dr Drago says at first he thought the signal was part of a test

Since his General Theory of Relativity predicted the existence of gravitational waves, physicists have been hunting for these elusive signals.