The Depraved State of Israel


We must not allow a Palestinian to survive after he was arrested. If you leave him alive, he will be released and kill other people,” Eliyahu said, “we must eradicate this evil from within our midst.”

“Israeli army has to stop arresting Palestinians,” he posted on his Facebook wall, “but, it must execute them and leave no one alive.”

Eliyahu declared that the Palestinians are the enemy of the Israeli occupation state and they “must be destroyed and crushed in order to end violence.”

Explaining more about his fatwa, Eliyahu wrote down:


“The Israel Police officers who do keep terrorist Palestinians alive should be prosecuted under the law.”

He went one: “We must not allow a Palestinian to survive after he was arrested. If you leave him alive, there is a fear that he will be released and kill other people.” He added: “We must eradicate this evil from within our midst."

Israeli newspaper Jerusalem Post reported him saying: “Should we leave them alive in order to then free them in another gesture to [Palestinian Authority President Mahmoud Abbas]? The fact that they still have a desire [to commit terrorist attacks] shows that we are not operating strongly enough,” he said.

Eliyahu also rejected claims that the intifada was caused by the increasing number of Jewish settlers who desecrate Al-Aqsa Mosque. He insisted that terror is innate in the Palestinian soul.

Ten Facts Everyone Needs To Know About Israel 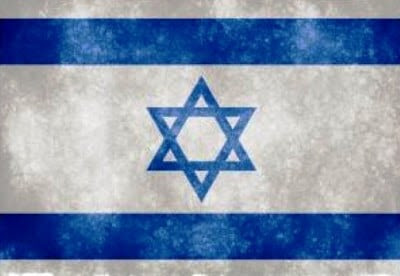 3. Israel has the highest birth rate in the developed world, with an average of 3 children per woman.

4. The Netanyahu government now receives more than US$6 billion every year from the US congress/ AIPAC lobby i.e. equating to $1000 annually for every Jewish Israeli, courtesy of the American taxpayer.

5. Israel has induced over 500,000 of its citizens to illegally settle in the Occupied Palestinian West Bank and East Jerusalem in an attempt to frustrate the wishes of the UN for the establishment of an independent Palestinian state for five million indigenous Arabs.

6. Israel is the only undeclared nuclear weapon state in the world with a secret stockpile of up to 400 nuclear warheads. It is not a party to the nuclear Non-Proliferation Treaty (NPT) to which Europe, America and even Iran, are all subject to by the IAEA inspectorate of the UN.

7. Angela Merkel has unilaterally supplied Israel with a deadly ‘second strike’ nuclear capability in the form of a German-built, Dolphin-class submarine fleet that is now more powerful than anything possessed by the defence forces of France, Britain or Germany, thereby leaving all of Europe dangerously vulnerable.

8. Netanyahu, in a direct challenge to the EU, has this week authorised yet another land grab in the Occupied Territories in breach of the provisions of the Trade Association Agreement with the EU thereby inviting the imposition of tariffs against Israeli exports to the European single market.

9. According to published statistics, Israel is the most dangerous place for any Jewish person to live compared to Britain, France, United States or Canada.

10. The father of the current Israeli Prime Minister, was personal secretary to Vladimir Zhabotinsky, the founder of Irgun, a Revisionist Zionist paramilitary organisation. Two of the operations for which the Irgun is best known are the bombing of the King David Hotel in Jerusalem on 22 July 1946 and the DeirYassin massacre, carried out together with Lehi on 9 April 1948.

British doctors have called for the removal of Israel from the World Medical Association (WMA) over claims of “medical torture” on Palestinians seeking treatment.

Some 71 UK doctors have started to pressure the WMA to revoke the membership of the Israel Medical Association over claims that “our doctors perform medical torture on Palestinian patients,” said Ze'ev Feldman, the representative of the Israeli doctors, during a Knesset meeting held on the subject of boycotts against Israeli academic institutions on Wednesday.

If the British physicians succeed, the Tel Aviv regime will be banned from taking part in international medical conferences and publishing in journals.

The move follows similar measures launched by scholars around the world over the past few months.
In December, over 200 South African scholars released a statement announcing their support of an academic boycott of Israel.

In November, the American Anthropological Association, the largest professional organization of anthropologists in the world, approved a resolution to boycott Israeli academic institutions.

Moreover, the boycott, divestment and sanctions movement against Israel, known as BDS, is gaining momentum in US college campuses and churches as well as in many places in Europe. The BDS movement seeks to end the Israeli occupation and colonization of Palestinian lands.