In the World Explorers Club magazine, David Hatcher Childress has added a photographic section on Father Crespi at the end of the 'Metal Library of Atlantis' article.

Educator, anthropologist, botanist, artist, explorer, cinematographer, humanitarian and musician, his unfathomable wealth of talents and benevolence served and illuminated rich and poor alike, in recognition of which an impressive sculpture to his memory was erected in Cuenca, his adopted city, by an adoring populace.

‘If ever I felt I'd been in the presence of a Saint it was Padre Crespi!’ 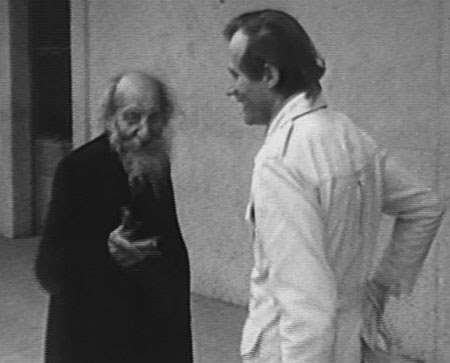 A Tribute to Padre Crespi - Born a Saint
The film excerpt below is from ‘Los Invencibles Shuar del Alto Amazons’ shot in 1927 by Salesian Padre Carlos Crespi, the first film of Shuar community life and culture ever made.

The Shuar-Achuar population of Ecuador numbers 70,000 over 400 communities. They are called ‘Invincibles’ because neither Incas nor Conquistadores could dominate them.

In the 1990s Stan Hall, an ‘Honorario Vitalicio’ and International Representative of the Shuar Federation, mediated the release of an Ecuadorian Atomic Energy delegation taken prisoner because it arrived in a Shuar community unannounced. The only words the Shuar associated with Atomic Energy were ‘Hiroshima’ and ‘Nagasaki’.

After consulting specialized geologists Hall convinced Shuar and Achuar representatives in Quito that uranium deposits in their territory were negligible and of no commercial value.

Many may not be familiar with what we call the Crespi Collection, but it was/is one of the more amazing collection of artifacts from South & Central America that has every been brought together.

Father Carlos Crespi was a Silesian-monk who lived in Ecuador. He did missionary work among the Indian population in remote valleys during his lifetime.

Crespi received or bought many artifacts from the indigenous people in Ecuador.

When questioned, they told him they had found them in subterranean cave systems in the jungles. As time progressed, many of these relics were brought together and kept in the courtyard of the church Maria Auxiliadora.

Unfortunately, many of the artifacts were destroyed in a fire in 1962 or later when the church was restored. Also, many were lost or wound up with treasure hunters. After Father Crespi passed away, the remaining artifacts of the original collection were removed and made inaccessible to the public. Some may still be stored in the cellar archive of the church Maria Auxiliadora.

The age and origin of these items is still unknown today. Father Crespi never tried to classify them. The picture motifs are strange, their meaning not understood. These objects show the pictures of an unknown culture.

Were they left by unknown civilizations?

The most well known pieces are tablets made of silver, gold foil or other alloys with unknown letters and mysterious symbols. 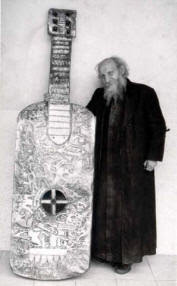 PRIESTS DISCOVER GOLDEN LIBRARY BUILT BY GIANTS INSIDE OF A CAVE IN ECUADOR?

Priests Discover Golden Library Built by Giants Inside of a Cave in Ecuador?

About two years ago we brought up the fact that in Ecuador a priest made one of the most incredible discoveries of the 21st century, to say the least. But because it didn’t get all that much attention, we figured it’d be about time we give it some more exposure.

So, the discovery was made by a man that goes by the name of Crespi.

He’s been working as a priest for most of his life now and despite the fact that he’s never been all that much of a believer in the extraterrestrial factor he couldn’t help but think about it as he saw the discovery with his own two eyes.

So, what exactly did he see? He stumbled across a massive metallic alien library which was packed full of sheets of gold, platinum, and other such precious metals.

The Ecuadorian authorities wouldn’t confirm the existence of any of them, but the proof is definitely out there ready to be explored by anyone who’s willing to look for it.

It is said that many important individuals including Neil Armstrong himself visited the cave on multiple occasions to essentially discover the true origin of all of humanity.

The caves are said to go on forever and ever, to the point where it becomes impossible to read every book in the library within the span of one’s lifetime.

IN 1976, A MAJOR EXPEDITION entered the Cueva de Los Tayos in search of artificial tunnels, lost gold, strange sculptures, and a “metallic library,” supposedly left by a lost civilization aided by extraterrestrials. Among the group was the astronaut Neil Armstrong.

For as long as anyone can remember, the indigenous Shuar people of Ecuador have been entering a vast cave system on the jungle-covered eastern foothills of the Andes. They descend, using ladders made of vines, through one of three vertiginous entrances, the largest of which is a 213-foot-deep (65-meter) shaft that leads into a network of tunnels and chambers stretching, as far as we know, for at least 2.85 miles. The largest chamber measures 295 feet by 787 feet.

For the Shuar, these caves have long been a centre for spiritual and ceremonial practices, home to powerful spirits as well as tarantulas, scorpions, spiders, and rainbow boas. They are also home to nocturnal oilbirds, known locally as tayos, hence the name of the cave. The tayos are a favoured food of the Shuar, another reason why they brave the depths of the cave system.

In their role as guardians of the cave system, the Shuar had been left in relative peace over the last century or two, apart from an occasional gold prospector snooping around in the 1950s and ‘60s. Until that was, a certain Erich von Däniken decided to get involved.

The Swiss author captured the global imagination in 1968 with the publication of his book Chariots of the Gods? which was in large part responsible for the current plague of ancient astronaut theories and all that malarkey. Then, three years later, he published The Gold of the Gods, unleashing a little-known theory about the Cueva de Los Tayos upon his eager readership.

In The Gold of the Gods, von Däniken recounted the claims of János Juan Móricz, an explorer who claimed to have entered the caves in 1969. Inside the cave, he asserted, he had discovered a treasure trove of gold, strange artefacts and sculptures, and a “metallic library” containing lost information preserved on metal tablets. And the caves themselves were surely artificial, he claimed, created by some advanced intelligence now lost to history.

This was red meat for von Däniken, of course, and tied in very nicely with his spate of lucrative books promoting his theories of lost civilizations, ancient astronauts, and the like (or, as Carl Sagan put it, von Däniken’s theory that “our ancestors were dummies”).

It also inspired the first major scientific expedition to Cueva de Los Tayos. The 1976 expedition was led by Stan Hall, a Scottish civil engineer who had read von Däniken’s work. It quickly grew to become one of the largest cave expeditions of its time, with more than 100 people involved. These included British and Ecuadorian government officials, leading scientists and speleologists, British special forces, professional cavers, and none other than astronaut Neil Armstrong, who served as the expedition’s Honorary President.

The expedition was a success, at least in its less fanciful ambitions. The extensive network of caves was mapped far more thoroughly than ever before. Zoological and botanical findings were recorded. And archaeological discoveries were made. But no gold was found, no otherworldly artefacts discovered, and there was no sign of a metallic library. The cave system, too, appeared to be the result of natural forces rather than any kind of advanced engineering.

Interest in the Cueva de Los Tayos never again reached the heights of the 1976 expedition, but numerous research expeditions have since taken place. One of the more recent expeditions was that of Josh Gates and his team for the fourth season of the television series Expedition Unknown. Gates entered the cave system with Shuar guides and Eileen Hall, the daughter of the late Stan Hall from the 1976 expedition. And while expeditions such as these have resulted in fascinating zoological and geological discoveries, there’s still no sign of gold, aliens, or a library.