The voice of Hitler: Only known recording of the Nazi leader’s normal speaking voice

The voice of Hitler: Only known recording of the Nazi leader’s normal speaking voice – secretly taped by a Finnish sound engineer in 1942 – emerges 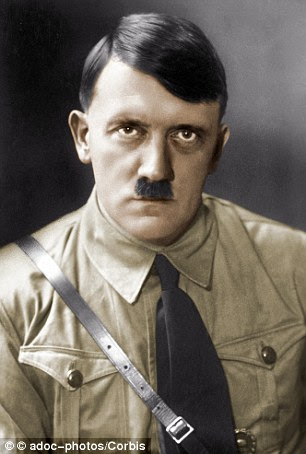 A secret recording of Adolf Hitler talking privately with a military leader in 1942 uncovers the Nazi leader's normal speaking voice for the first time.

The chilling audio reveals Hitler's unofficial tone and is heard speaking privately with Carl Mannerheim without raising his voice.

The recording - made without the former First World War corporal knowing - shows his disillusionment when he finds out the Russian tanks production of 35,000 vehicles in the first year of the war.

And because Hitler never allowed recordings of him off-guard, it is the only known recording of Hitler not speaking in an official tone.

During the one-minute clip Hitler says: 'If somebody had told me a nation could start with 35,000 tanks, then I'd have said: "You are crazy!"'

Damen's original purpose was to record official birthday speeches and Mannerheim's responses but he decided to continue recording after the conversation switched from official to private.

It is believed the SS realised that Damen was recording the conversation, and they immediately demanded to have it stopped.

It was reported that the tape had been hidden away and was only made public in the 1950s.
And when the tape was revealed to the public, some believed it was a fake because Hitler's voice sounded too soft.