Groundbreaking skin patch the size of a penny can regrow organs, restore brain function, and heal wounds by injecting genetic code into the damaged area

The technology, known as Tissue Nanotransfection (TNT), uses a nanochip the size of a penny, which is placed on the skin for a second and then removed.

In that time, the chip injects genetic code into skin cells, turning them into any type of cell needed to restore wounded blood vessels.
And a new study reveals its effects can be seen within days.

The researchers at Ohio State University Wexner Medical Center restored brain function to mice after strokes and rescued badly injured legs on mice in just three weeks with a single touch of this device. 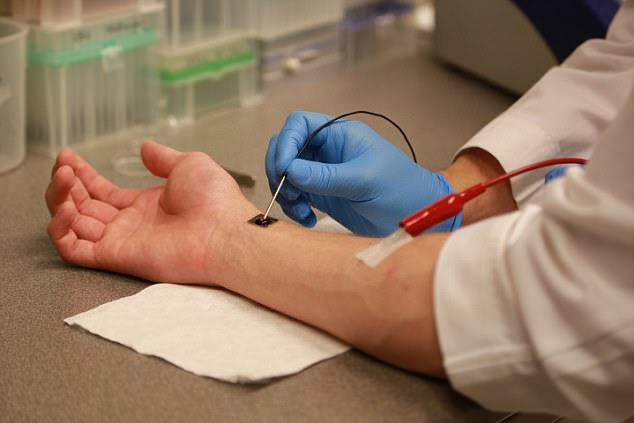 +2
Tissue Nanotransfection is a chip the size of a penny made by Ohio scientists (pictured). Within a second it injects genetic code into cells, turning them into cells needed to restore vessels
'It takes just a fraction of a second. You simply touch the chip to the wounded area, then remove it,' said lead investigator Dr Chandan Sen, director of the university's Center for Regenerative Medicine and Cell-Based Therapies.

'At that point, the cell reprogramming begins.'

In a series of lab tests, he led a team of researchers applying the chip to the injured legs of mice that vascular scans showed had little to no blood flow.

'We reprogrammed their skin cells to become vascular cells,' Sen said. 'Within a week we began noticing the transformation.'

By the second week, active blood vessels had formed, and by the third week, the legs of the mice were saved - with no other form of treatment.Share

'It extends the concept known as gene therapy, and it has been around for quite some time,' said study collaborator James Lee, PhD, a professor of chemical and biomolecular engineering at Ohio State.

'The difference with our technology is how we deliver the DNA into the cells.'

The chip, loaded with specific genetic code or certain proteins, is placed on the skin, and a small electrical current creates channels in the tissue.

The DNA or RNA is injected into those channels where it takes root and begins to reprogram the cells.

In a new study published in Nature Nanotechnology, first author Daniel Gallego-Perez of Ohio State demonstrated that the technique worked with up to 98 percent efficiently. 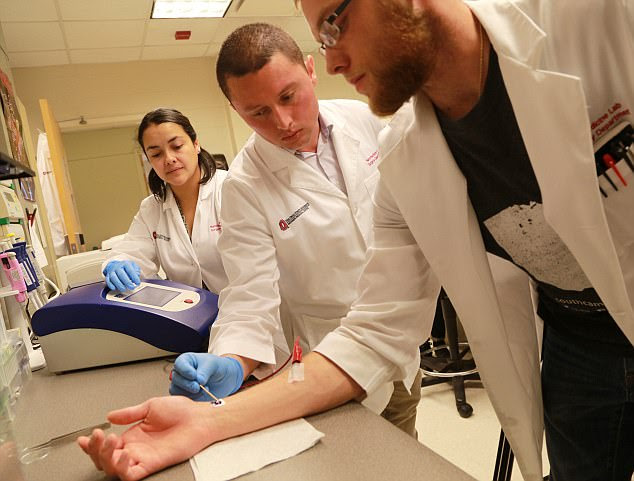 'What's even more exciting is that it not only works on the skin, but on any type of tissue,' Sen said.

In fact, researchers were able to grow brain cells on the skin surface of a mouse, harvest them, then inject them into the mouse's injured brain.
Just a few weeks after having a stroke, brain function in the mouse was restored, and it was healed.

Because the technique uses a patient's own cells and does not rely on medication, researchers expect it to be approved for human trials within a year.