The songwriter and internet Utopian was 70 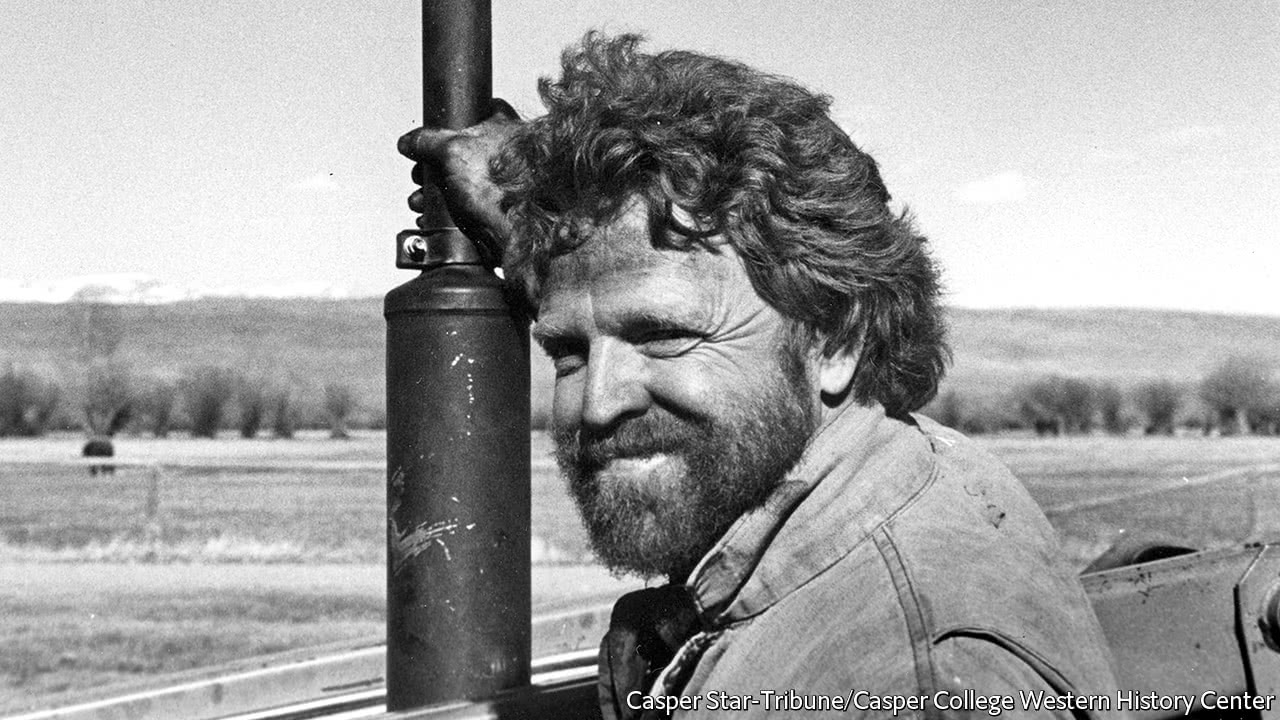 IT WAS late, 1985, before John Perry Barlow got into computers. He’d bought a word processor to keep things efficient as he ran the family ranch, and because he wanted a machine that would print out his lyrics for the Grateful Dead really nicely on paper. (Two jobs, two hats.) But then he procured a Macintosh and a modem, the first ever seen in Sublette County, Wyoming, and discovered that, through this little blinking box and the tendril of a landline, he could join an extraordinary community. In the WELL (for Whole Earth ‘Lectronic Link), one of the first virtual bulletin boards, he moved like a cave fish, blindly, among entities without bodies. They were things of words alone, free-floating wisps of thought, in a perpetual town meeting of unleashed opinions. Everything was possible, and almost everything allowed, in a suddenly limitless world. As he wrote for the Grateful Dead in “Cassidy”, his most famous song, he was “a child of boundless seas”.
He saw what other people had not yet seen, that this was a new space—one to which he quickly applied an existing term, cyberspace, and his own metaphor, the electronic frontier. Here was a land that was unmapped, unregulated, crammed with unimaginable resources, up for grabs. Notions of trespass did not apply. There was nothing material here, and thus no property, intellectual or otherwise; no context, no fixed identity. Early settlers could well turn out to be sociopaths or outlaws. But the wild, rowdy liberty of this place had to be protected.

From 1990, when he co-founded the Electronic Frontier Foundation in response to Secret Service raids on games companies and the homes of hackers, digital rights became his life. In 1996, with Congress hunkering down to defend national security, privacy, copyright and “decency”, all those obsolete guard-posts, he flung out in fury “A Declaration of the Independence of Cyberspace”:

Governments of the Industrial World, you weary giants of flesh and steel, I come from Cyberspace, the new home of Mind. On behalf of the future, I ask you of the past to leave us alone. You are not welcome among us. You have no sovereignty where we gather...I declare the global social space we are building to be naturally independent of the tyrannies you seek to impose on us.

Having started off as a stout Wyoming Republican, then a libertarian, he was an anarchist online. No government was needed, because there was governance already: the good behaviour of most people who used it, and the freedom-loving intentions of those who had designed it. In this vast community, where real-space coercion couldn’t hold, order flowed from collective ethical deliberation. There was nothing to fear. He had met hackers like Phiber Optik, with their pumped-up diatribes online, only to find that over dinner they looked as dangerous as ducks. His mission, therefore, was to lead the doubters and internet-oppressors gently into the new territory, disarming them with his cowboy hat and beard and with language which a poet or a cowhand could understand. He proselytised all over the world.

As it turned out, the internet resembled the most transforming moments of his life. As a boy in the Bar Cross ranch house, isolated in 22,000 scrubby acres, he had devoured a 20-volume children’s encyclopedia in which, as on the Web, all knowledge seemed contained. Sitting a decade later on the floor at Timothy Leary’s ashram in Millbrook, watching fractals bounce off the walls after dropping acid for the first time, he realised the complete connectedness of everything. His work with the Grateful Dead, who let fans freely record their concerts, convinced him that the best way to raise demand for a product was just to give it away. When writing some 30 songs for them with his childhood friend, Bob Weir, he came to see that songs had their own life, independent of their creator, changing each time the band played them, and gathering accretions of meaning from the whole community of Deadheads. Back on the ranch, he helped ensure the free flow of water round his irrigation district.

He saw all these capabilities in the Web yet also, as years passed, limitations. It did not float quite so sublimely free of the material world as he had claimed in the “Declaration”. At the same time, the information it spread lacked the spark of physicality: looking folk in the eye, making yearling cattle scatter like mercury hit with a hammer. He had to give his lectures as a material being to get the impact he wanted. Meanwhile that enlightened community of Web-users, that civilisation of the Mind, seemed slow to form, to say the least.

As for whether the voyage into cyberspace marked a new age, a turning-point in history after which nation states would wither and humans would be permanently rewired, he hoped it was. He had hoped before, in 1967 in Haight-Ashbury, where the Summer of Love shed all constraints social, legal and sexual and he found himself in a world falling apart, longing for authority of any sort to reassert itself. But he trusted that everything in the universe tended towards the good, that total liberty was the only climate in which men and women could flourish, and that, if he was wrong, a free cyberspace would still have been worth battling for.