The John F Kennedy Memorial - Q is not a Conspiracy = 17

My hope is that what John F Kennedy started. and has now been rekindled by Donald J Trump, will finally come to pass with the U.S. Military. I for one, believe that at the present time, the U.S.A. is under the control of the U.S. Military.

If the photograph below disappears, do a google search of an "aerial view of the John F Kennedy Memorial". 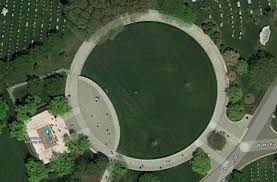 Biden, Pelosi et al will hopefully be arrested. and meet the fate of traitors. I also believe that a global cabal, consisting of criminal world political leaders, technocrats, entertainers, monarchies, religious zealots, corporate CEOs, media barons etc will be arrested, and they will face the same ultimate fate.
Donald J Trump is a remarkable world leader and did everything possible to free humanity. Unfortunately, humanity believed the liars and discarded the truth. In 1963 the liars assassinated a great president, and those same liars have brought us to this point in time.
And so, my fellow Americans: ask not what your country can do for you - ask what you can do for your country. My fellow citizens of the world: ask not what America will do for you, but what together we can do for the freedom of man.
John F. Kennedy, Inaugural address, January 20, 1961
Humanity has allowed the SCUM to rule over us. This must come to an end, and the tyranny must come to an end. In an age of wonderment, we once again sit at the precipice of destruction.
Trudeau, Tam. Ford, Williams, Tory and DeVilla have committed genocide. The hangman's noose should accompany them all.  There can be no forgiveness for murderers, and those who protect them.
Thank you,
Joseph Pede
The John F Kennedy Memorial
Posted by Joseph Pede Poetry at 5:35 PM